The increase in the minimum wage in California will have critical effects on the stability of small businesses.
REMOTO WORKFORCE Team I Updated on - March 10, 2022
English | 2022 | Business news | California | Living Wage Act of 2022 | Minimum Wage | Outsourcing | Small Business

By the end of 2021, the classic dispute over the increase in the minimum wage emerged.

While some activists claimed that increasing the minimum wage was an alternative to struggling against poverty in times of COVID-19, small business owners affirmed that this measure would be counterproductive for the current U.S. economy.

Meanwhile, in California, a “Living Wage Act” initiative arose and will go into effect in 2023 for small businesses. In Remoto, you will learn about the Living Wage Act Initiative 2022 and how California is well-positioned among the states with the highest minimum wages in the U.S.

The “Living Wage Act of 2022” Initiative

After intense negotiations on the minimum wage in California, a unique initiative emerged: the Living Wage Act of 2022.

Through this initiative, the people in California could vote for an increase in minimum wages. Californian activists and entrepreneurs who struggle daily against economic precarity embraced this initiative since it allowed them to restore their economic rights. For example, Joe Sanberg the chief proponent behind the movement to increase California’s hourly minimum wage, believed that raising California’s minimum wage by as much as $18 an hour could satisfy the most necessities.

Furthermore, Sanberg stated that he supported this initiative because of his own experience in poverty. “People understand that wages in California are piss-poor, and I am sick of it. This is personal for me. I grew up in situations where my mom raised me by herself. She often worked multiple jobs,” Sanberg recounted.

In contrast, business owners and commercial associations opposed the Living Wage Act 2022, arguing that California is still in a state of emergency.

After this act went into effect in California, many small business owners considered closing. “During this pandemic, we’re still in a state of emergency. Many small businesses are talking about whether or not they should close”, explained Carl Chan from the Oakland Chinatown Chamber of Commerce.

If the Living Wage Act 2022 is massively voted and approved, California will be the state with the highest minimum wage in the country.

States with the highest minimum wage increases in 2022

In 2022, different states increased their minimum wages in critical ways. However, some states raised the minimum wage for only a small group of employees, while others do not even plan to progressively increase wages for workers.

In this video, you will learn about the states with the lowest and highest salaries in the U.S.

For example, Georgia and Wyoming have the lowest minimum wages. In contrast, historically, Washington, New York, and California have the highest minimum wages. In addition, it is essential to note that states such as Arizona, Colorado, Connecticut, Delaware, Massachusetts, and Florida are developing initiatives to increase the minimum wage and meet the most substantial needs of all workers.

The increase in the minimum wage in California will have critical effects on the stability of small businesses.

Second, the total cost of spending on salaries and people ops would increase exponentially, forcing less-stable companies to close or take out loans.

Third, the cost of price increases in small businesses would undoubtedly be borne by consumers.

For this reason, we recommend you consider outsourcing you’re a part of your current workforce. If you need exceptional support and advice on the U.S. economy and outsourcing recruitment processes, we suggest hiring a HR generalist, a data analyst, a senior consultant growth strategy and a business analyst.

How to Hire Employees in California: FAQ

Amid the California minimum wage increase dispute, small business owners need to know how to hire remote employees. Here are five crucial questions to ask before intending to hire workers in California.

What Is the Experience of Hiring Employees in California?

Although hiring remote employees in California looks amazing, this can be a challenging experience for business owners, especially when they want to grow and expand their companies. Hiring isn’t just about the costs of the actual employee. You also have to think about extra expenses, such as recruiting new potential candidates, training them once they’re hired, and payroll taxes.

What Is the Cost of Hiring an Employee in California?

When hiring remote employees in California, consider the current statistical information. HR metrics like cost per hire and time to hire will help you determine how expensive can be to hire employees in the Golden State.

For example, the average cost per hire in the US is $1,633. If you want to hire employees for executive positions, vacancy costs are estimated at $98 per day.

What Is the Minimum Wage in California Right Now?

If an employer has 25 or fewer employees, which corresponds to a small business, the minimum wage is $14 per hour. The minimum wage for employers with more than 26 employees is $15.

What Is the Discussion About the Minimum Wage in the US?

The discussion surrounding the minimum wage is a heated one, with strong opinions on both sides.

The debate is unlikely to be resolved anytime soon, but it is clear that the issue is complex and emotive. Whatever the outcome, it is certain that the discussion surrounding the minimum wage will continue to be a controversial one.

If you want to learn more about this discussion, we recommend you watch this video.

Year by year the classical dispute over the increase of the minimum wage emerges. Amid inflation raises and an impending recession, small business needs to learn everything about hiring remote employees in California to make an informed decision.

Have you considered hiring employees in this state? At Remoto Workforce, we can help you develop a strategy to hire employees remotely.

Did you like reading the article: California’s Latest Minimum Wage Increase & Small Businesses?
Read more content from the author - Vivian A. Martínez 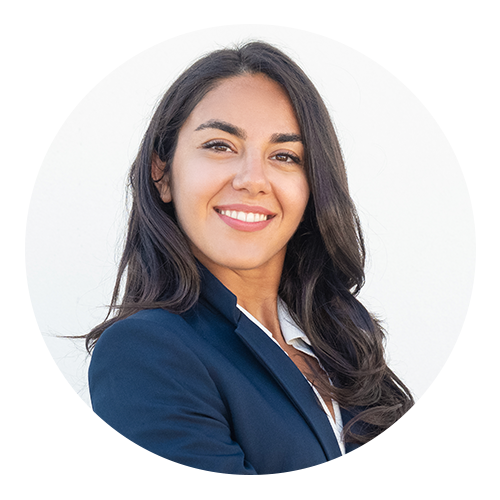